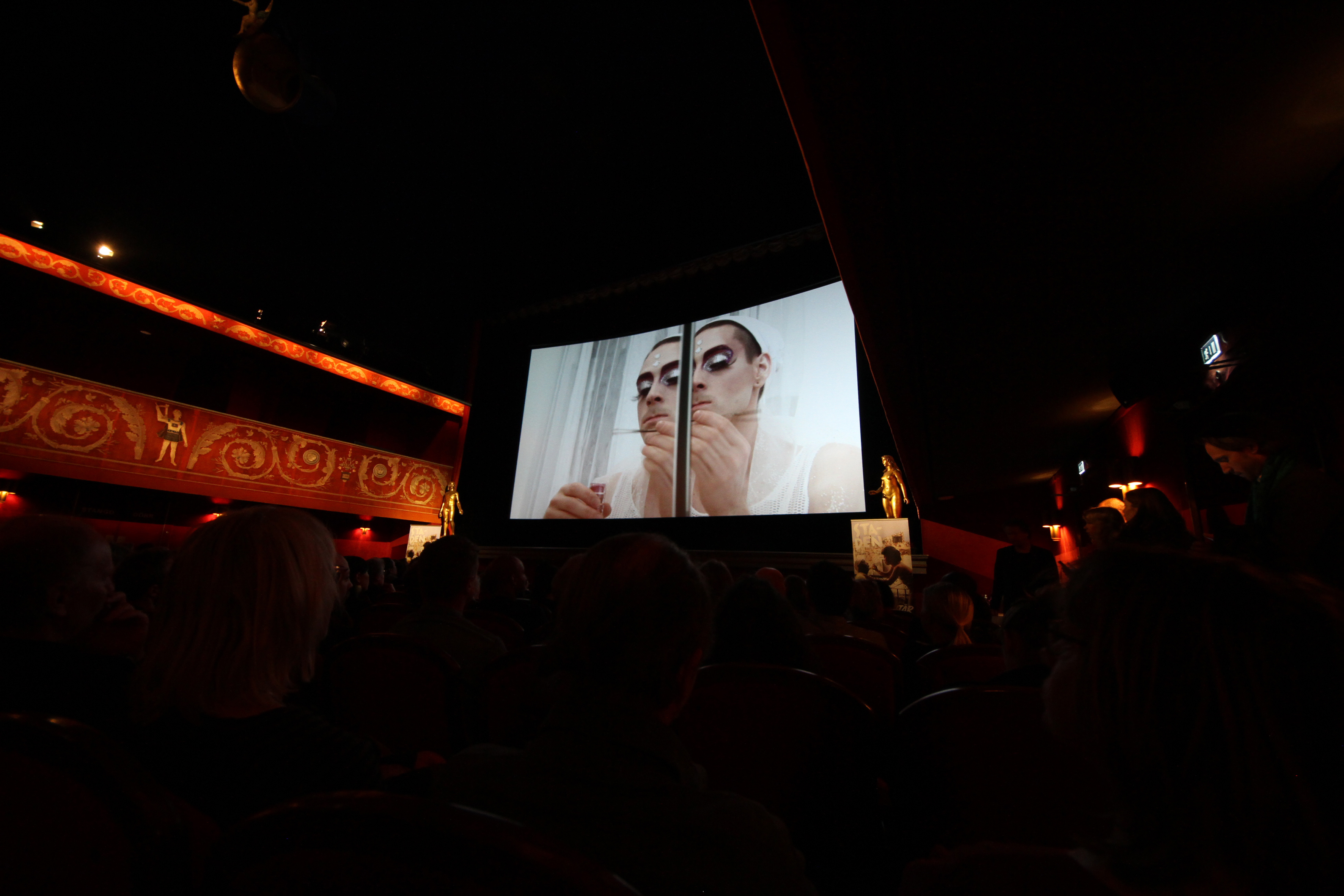 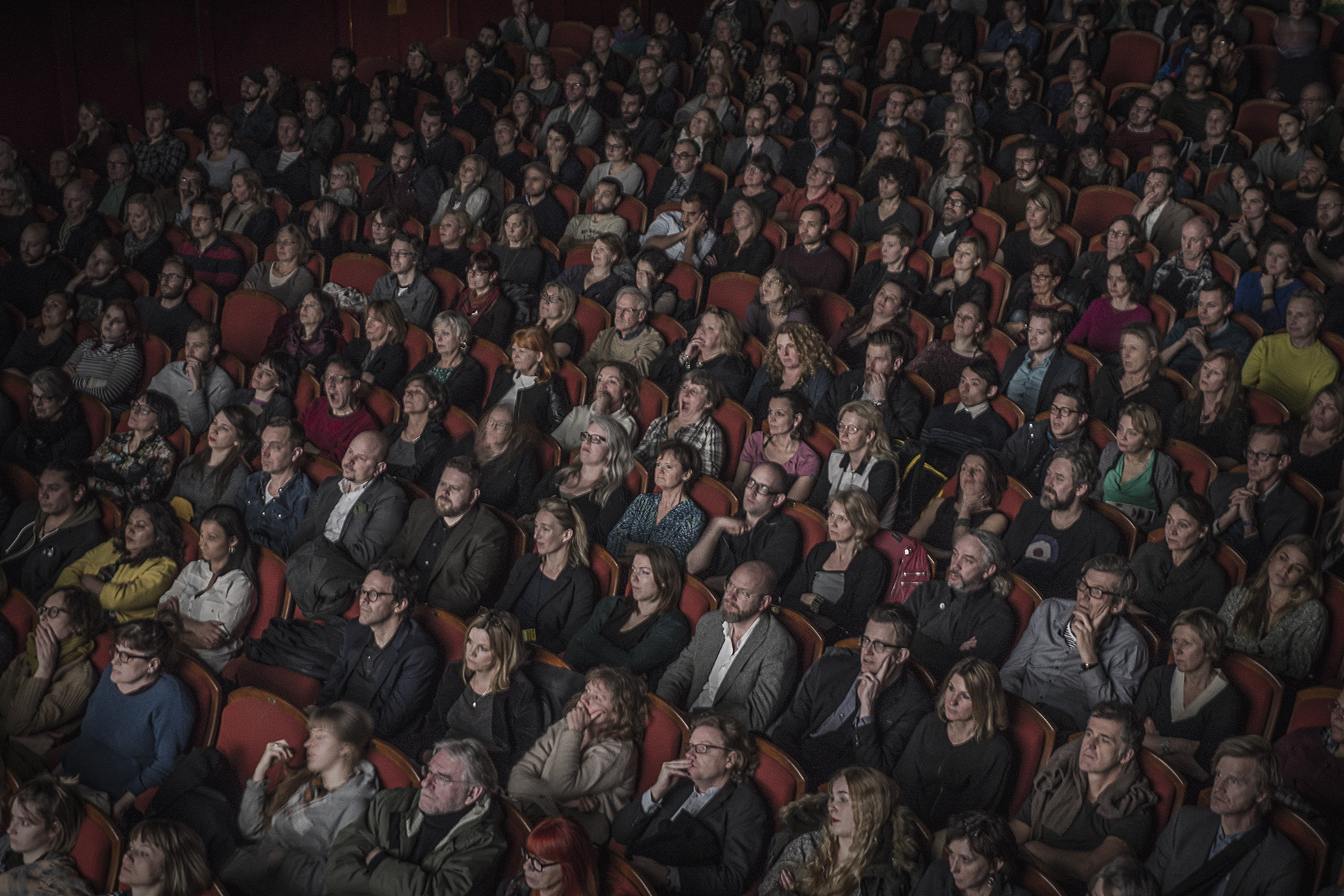 The fictional documentary film DOCUMENTARY DRAG (2015) follows several characters who are directed and played by Johan Lundin and Rasmus Östebro.  The film raises questions about how the visibility of fiction in documentary material can be fruitful by relating to the obvious fiction that drag offers.

“Camp sees everything in quotation marks. It's not a lamp, but a 'lamp'; not a woman, but a 'woman'. To perceive Camp in objects and persons is to understand Being-as-Playing-a-Role. It is the farthest extension, in sensibility, of the metaphor of life as theater.”

“Drag weaves the fictional and the documentary together and creates a platform between these two realities, where the perceived seems ambiguous.”

“We are a sort of characters – the fruit of escapism” 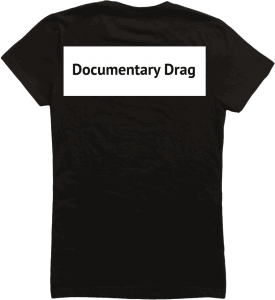 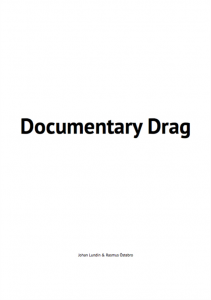 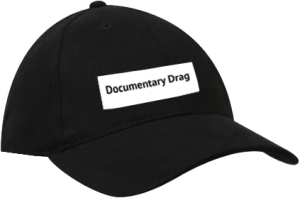